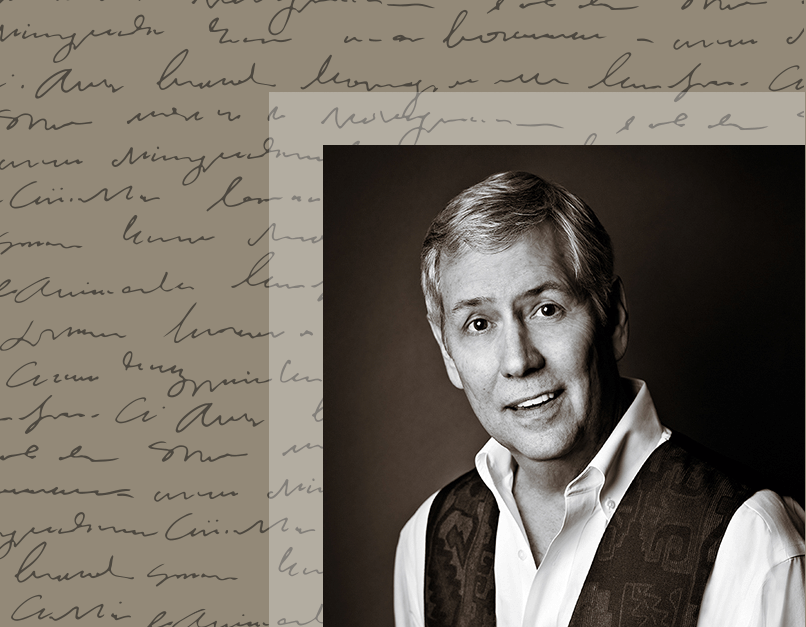 It became apparent somewhere around fourth grade that Larry was born to tell stories. He published his first newspaper back then. It was a single page about some high jinx of his younger sister Suzanne written on grade school binder paper and he sold it to his grandparents for a nickel. And from that point on, Larry never seriously considered any career other than being a reporter.

So Larry graduated college with a degree in journalism and spent more than 25 years as a TV news reporter and anchor in exotic locations starting in Klamath Falls, Oregon and ending up in Austin, Texas. When he left the news biz, he got serious about writing funny, feel-good fiction. Usually that meant satirizing the oddball characters and screwy practices that populate the world of TV news. It started with his critically acclaimed debut novel Live at Five. But…

By that point Larry had already achieved a notorious literary accomplishment. His first published work was only one sentence long. But what a long sentence it was. An award winner! (Read it at your own risk below) Larry penned the sentence that won the 1994 Bulwer-Lytton Fiction Contest, a tongue-in-cheek competition to intentionally write the WORST opening sentence to an imaginary novel. The competition is named for the author who penned the sentence made famous by Snoopy in the Peanuts comic strip: “It was a dark and stormy night.” For one year Larry held the title as the “Worst Writer in America.”

After getting stellar reviews for his first two novels, Live at Five and The Patterer, Larry wrote Déjà vu All Over Again. That novel won the 2019 Independent Book Publishers Association’s gold medal award for fiction. The last time we looked, Larry is still the only award-winning writer who can claim to officially have gone from “Worst to First.”

He lives with his artist wife, two cats, and a committee of deer who like to feed on the jasmine shrubs in his backyard. Larry writes from the Brill Creative Industrial Complex in Austin, Texas and he’d love to hear from you at Lar@larrybrill.com.

Wanna know what Larry’s up to today? No pestering here, just fun news and freebies.

As the fading light of a dying day filtered through the window blinds, Roger stood over his victim with a smoking .45, surprised at the serenity that filled him after pumping six slugs into that bloodless tyrant that had mocked him day after day, and then he shuffled from the office with one last look back at the shattered computer terminal, lying there like a silicon armadillo left to rot on the information highway.