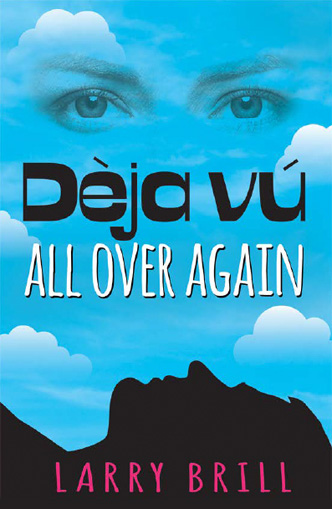 Déjà vú All Over Again

The Ultimate Second Chance at Life and Love

Nate Evans is a washed-up Hollywood screenwriter whose life has gone to hell in a hand basket after dumping his high school sweetheart 40 years ago. When he learns Julie Cooper is widowed and working at their alma mater in his hometown, Nate writes a script and follows it to recreate their high school days in hopes of starting his life over. It’s the ultimate mulligan, except….

Except that Julie’s fear of growing old alone has her settling to marry her boss.

Except that she rejects Nate’s overtures because he hurt her on the eve of their prom when they were teenagers.

Except that she doesn’t see her rat fink fiancé is in serious need of finking and Nate needs to torpedo the relationship before she gets hurt, without becoming collateral damage himself.

Except for all that, everything is Groovy.

Déjà vú All Over Again is a laugh-out-loud romantic comedy of redemption that proves it’s never too late to grow up—even as you’re growing old. Winner of the 2019 Independent Book Publishers Award for Best Romance Novel.

Pick up your copy today

“An observant comedy with a dose of heart.”

“Déjà Vú All Over Again is a romantic comedy whose twist on classic love stories doesn’t take itself too seriously.”

Get updates on our funny, feel-good fiction, freebies and more.